Visited Breac Macdui nam Beann, the Collie pictured in my Welcome section. I'm his 'uncle' so to speak, and we play wild games together with a chew bone. The fascinating thing is that not only does he park his natural instinct to attack anyone trying to steal his bone but he also recognises a game and sets his own rules. When he wins the bone, he trots off to his basket to score a goal. Having done that, he returns with the bone and drops it in front of me ready for the next kick-off. His big problem is that he can't count how many goals he has scored; so I always win. Don't tell me that animals don't have similar emotions to humans; we are just more complex.

Working dogs are so keen to be involved. I love them. My first dog was forty kilos of Alsatian called Parahandy. Standing on his hind legs, he could put his paws on my shoulders and look me straight in the eye. We played ferocious games together and he would really crank up the growls, terrifying if you didn't know he was playing. It was Parahandy who taught me to speak Doggerel - I have his whole vocabulary. I acquired him to provide security for Kate and the boys when I was away at sea. One night when there was water hammer in the pipes, he was so scared that he sprinted upstairs and jumped on to Kate's bed for protection. But be in no doubt, he would have attacked any intruder coming into the house.

My second Alsatian, Raffles, was similar in temperament. He came running with me when I was training for the Glasgow marathon (2hrs 55). When I saw he was slowing up, I examined his paws and found that he had worn holes in all his pads but he was still bravely trying to keep up with me, no doubt in agony. They are so utterly faithful. 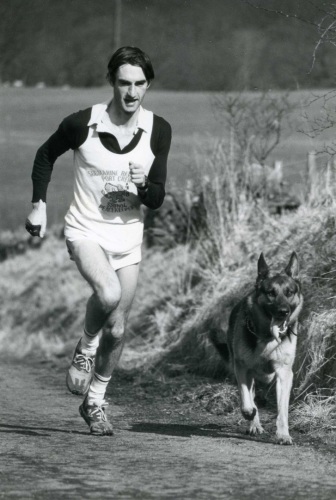 Do I prefer dogs to cats? My first cat, Purdy, came as a kitten when Raffles was a puppy and they grew up together. They even slept in the same dog basket, Purdy curled up inside Raffles' legs and enjoying the free central heating. They must have been a like a husband and wife when they shifted position during the night. But the cat was the boss. They are such arrogant little creatures. They assume that everything is there purely for their benefit - and they are definitive control freaks. It was from Purdy that I learned to speak fluent Catteral. You may laugh but it is an international cat language. I once spoke to a feral cat in the Azores and she brought her kittens across to meet me. How's that for communication?

One has entirely different relationships with dogs and cats. Both are so rewarding but cats are easier to manage; one can leave them to their own devices. One feels flattered when a cat can be bothered to come to you. A dog, on the other hand, willl sit begging to be taken walkies, and dogs have to be put in kennels when you are away or else taken with you, which is not always possible. A cat on the bed is pure pleasure; an Alsatian requires a bed to himself.

Currently, I have no pets and, boy, do I miss them. 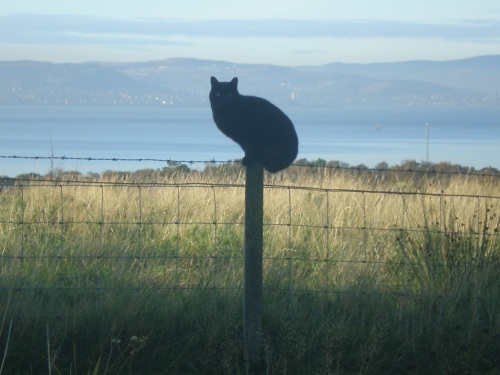